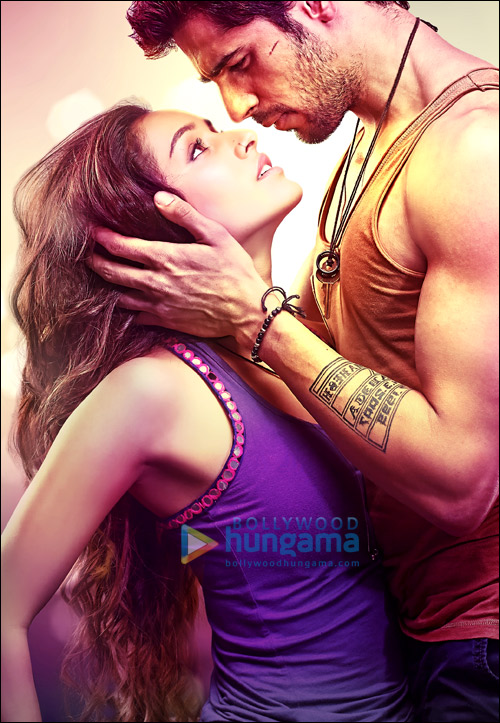 Shraddha Kapoor who became an overnight star with her film Aashiqui 2, is all set with her next Ek Villain. While anticipation for the film featuring her and Student Of The Year actor Sidharth Malhotra is pretty high, the duo decided to heat things up with a photo shoot for the film.

Bollywood Hungama gives its surfers a peek at Sidharth & Shraddha in Mohit Suri's forthcoming Ek Villain, in which they have been paired opposite each other for the first time. Known for crafting intense romantic sagas, this time the director of Aashiqui 2 ups the ante with a musical romantic thriller around three protagonists -Riteish Deshmukh, Sidharth Malhotra & Shraddha Kapoor.

The keenly anticipated film releases in cinemas on June 27.