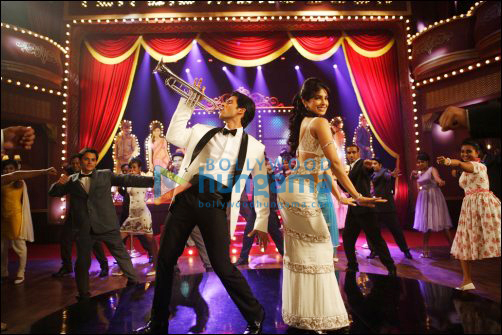 Shahid is currently busy working on his next with Priyanka Chopra. The film in question is Kunal Kohli's film which is said to be a love

Confirming this Kunal tells us, "Yes Shahid and Priyanka will be in the film, as of now we have already completed 65% of the film's shoot and are looking are

a tentative release next year."

Further Kunal adds, "The music of the film is being given by Sajid- Wajid, the lyrics of the film have been penned by Prasoon Joshi, while I am directing the

film as well as producing it along with Eros."

Here's bringing you a sneak peek at a retro song sequence from the film.

Lyricist Prasoon Joshi writes a poem on the…