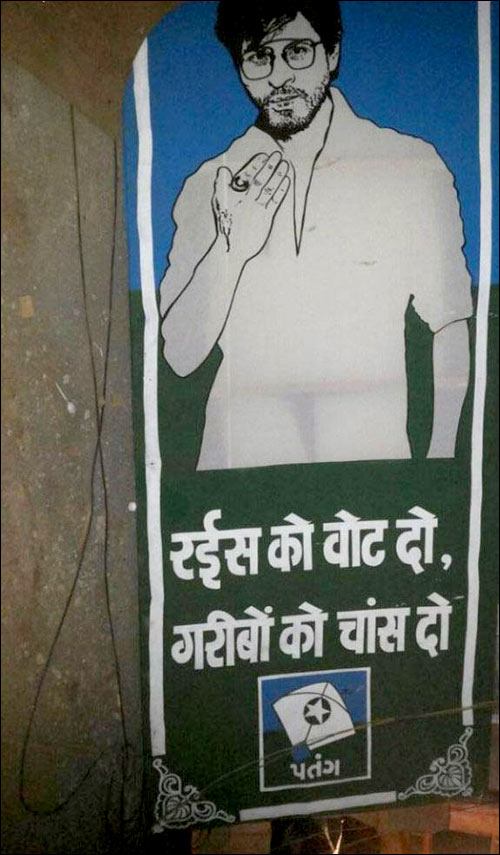 Shah Rukh Khan is busy juggling between three films and he will be seen in different characters in them. While Dilwale will bring back his sizzling chemistry with Kajol, Fan has him playing double role. But his role in Raees is still being kept under wraps.

Right before he left for Bulgaria to shoot for Dilwale, Shah Rukh Khan shared a picture of him with a moustache saying that it was his look for Raees. And now, yet another avatar of the actor has been doing the rounds. A poster with Shah Rukh Khan's caricature in a bearded look has gone viral on the web. Not just that. The image has a slogan saying, 'Raees ko vote do, gareebon ko chance do'. While speculations are on the rise that the poster is a part of Shah Rukh Khan's upcoming film wherein he apparently plays a politician, there is no official confirmation on the same.


Raees is set in the backdrop of Ahmedabad in the 80s and Shah Rukh Khan has even learnt Garba to get the nuances of his character right in the film. Produced by Excel Entertainment, it also stars Nawazuddin Siddiqui and marks the debut of Pakistani actress Mahira Khan. The film is slated to release on July 3, 2016.