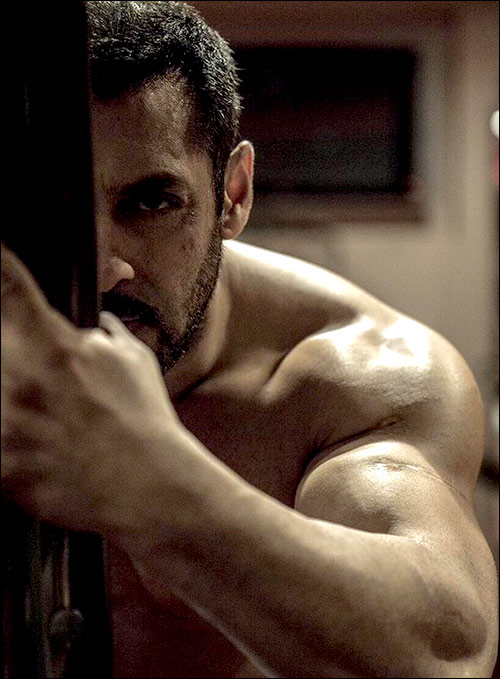 Of late, we have been seeing a completely different avatar of Salman Khan. The actor, known for his shirtless acts is currently undergoing physical training and has attained a bulkier look. All this prep for his upcoming Yash Raj film Sultan in which he plays the role of a wrestler.


Just like Aamir Khan in Dangal, Salman Khan too has put on weight for this upcoming film and recently giving us a sneak peek into the workout session was the film's director Ali Abbas Zafar. He shared an image on his Twitter handle saying, "Working out Sunday with Sultan @SultanTheMovie . Let's build some muscle ?? :)" Sultan will see Salman speaking in a Haryanvi accent and the actor has already started learning the nuances of the dialect.


Besides Salman, after several speculations, the makers recently announced Anushka Sharma as the female lead in the film. This is the first time where the actress is paired opposite this Khan superstar. Apart from them, we also hear that Randeep Hooda is a part of the film that will be extensively shot in Punjab.