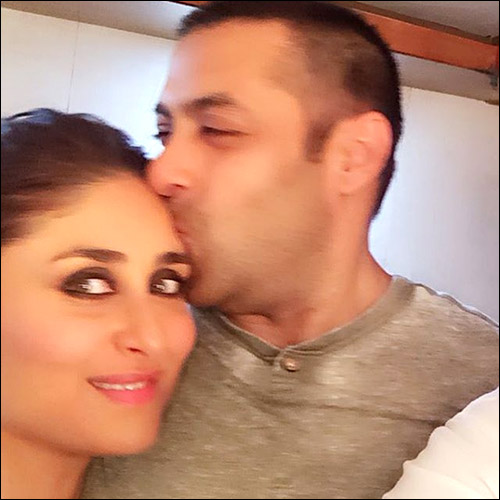 Kareena Kapoor Khan has been a self-confessed fan of Salman Khan for years together and the actress has given some of the biggest hits of her career with the superstar. So when the two accidentally bumped into each other at a popular studio in suburban Mumbai, it was a moment worth capturing.

Kareena Kapoor Khan and Salman Khan played the role of Rasika and Pawan respectively in the recently released film Bajrangi Bhaijaan which turned out to be one of the biggest hits of 2015. Post the massive success, they decided to move on to other commitments. But the two of them were present at Mehboob Studio in Bandra, Mumbai recently and decided to catch up with each other. A cute picture of Salman Khan kissing Kareena's forehead was posted by make-up artist Pompy Hans on his Instagram page and captioned it as, "Salman meets his Rasika at mehboob studios..gives her a big kiss...the hottest Jodi of 2015..."