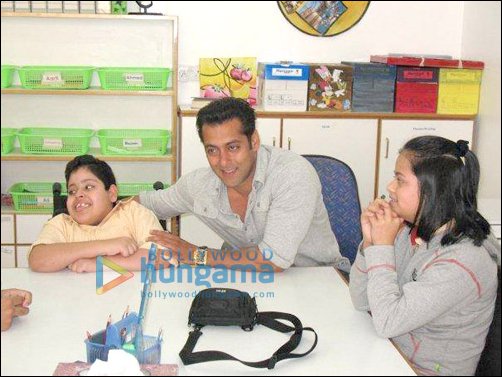 Salman Khan has often courted controversy be it for his rather unpredictable temperament or his run in with the media. However, at the end of the day, it all comes down to Salman Khan being the large hearted man that he is. Recently, the actor was snapped in Dubai spending time with a few differently-abled kids.

On the other hand, the actor who recently had a falling out of sorts with media photographers is gearing up for his next release Kick. Produced and directed by Sajid Nadiadwala, Kick which is remake of a Telugu film by the same name, also features Jacqueline Fernandez, Randeep Hooda and Nawazuddin Siddiqui, and is slated for release next week.