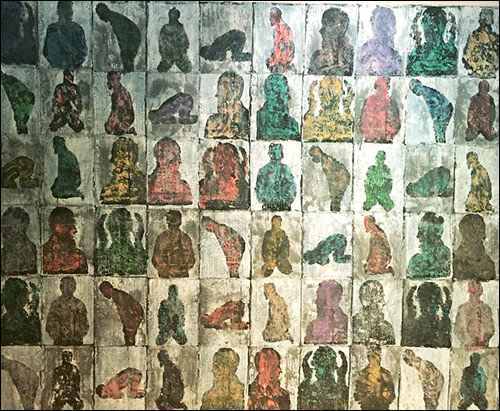 While we all are aware of the love Salman Khan showers on his family, we also know that Arpita Khan holds a special place in the superstar's heart. After gifting a luxurious car during her wedding, the actor has now gifted one of his own art works to his sister as a house warming present.


Arpita Khan and her husband Aayush Sharma recently shifted to their new pad in Bandra and Salman Khan, who is also a great painter, decided to gift his own painting that represent the various postures of Namaz to his sister. Posting it on her Instagram page, an excited Arpita wrote, "#beautifulpainting#courtesybhai#colourburst#loveit#homesweethome".

From what we hear, Salman Khan loves painting and the actor had apparently gifted some of his works even to the villagers in Karjat after he completed the cleanliness drive in those areas. Moreover, Swara Bhaskar, who is co-starring with Salman Khan in Sooraj Barjatya's Prem Ratan Dhan Payo, had even gifted him paints and brushes.