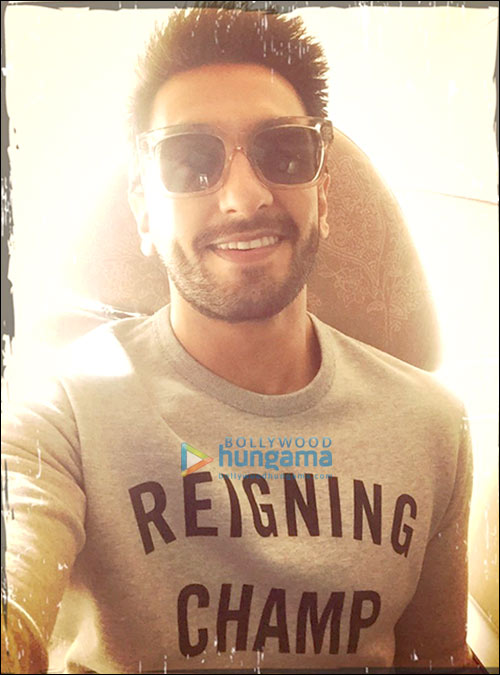 After receiving a series of awards for his brilliant performance as Peshwa Bajirao in Bajirao Mastani, Ranveer Singh decided to take a break before he gets into the character of his next. However, now that his upcoming romantic drama Befikre is all set to kick start its schedule in Paris, the actor decided to fly to the city for the same and has even started preparing for it.


The first step of Ranveer Singh towards prepping for his character is to get the look right. While he went bald for Bajirao, he will be sporting, in what looks like a spiked hairdo for Befikre. Posting this image on his Twitter handle, Ranveer captioned it saying, "Paris bound .... ! ! ! #Befikre" with several heart emoticons." The actor will be paired opposite Yash Raj girl Vaani Kapoor who made her debut with Shuddh Desi Romance in 2013.


Directed by Aditya Chopra and produced under the Yash Raj Films banner, Befikre is slated to release on December 9, 2016.