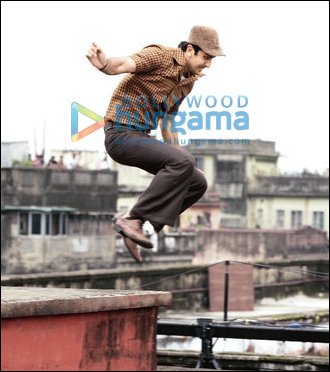 He has charmed the critics and audience alike with his stellar performances in films like Rockstar, Rajneeti, Wake Up Sid and others. Currently, shooting his next film directed by Anurag Basu titled Barfi, Ranbir takes on the role of a daredevil.

The Kolkata sequence for the shoot had Ranbir running from the cops; however the highlight was that he did the stunts on the rooftops of the city jumping from one to the other, with a gap of 8 to 10 ft between them. Despite the makers of the film hiring a double for the stunt sequences Ranbir went ahead and did the stunts himself.

Barfi is being produced by UTV, and stars Priyanka Chopra and Ileana D'Cruz along side Ranbir. The film is scheduled for a July release this year.