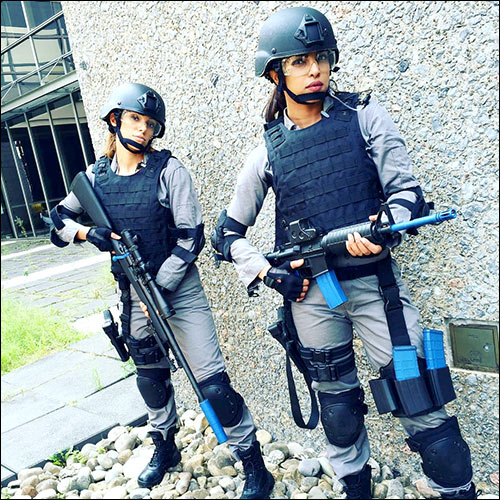 Priyanka Chopra who has been moving from strength to strength after tasting success with her international music albums and Bollywood films that have been doing well, will soon be seen in the Hollywood series 'Quantico'. While trailers of the series have already started airing, Priyanka gave her fans a sneak peek at her 'badass' avatar from the series via an image on Instagram.


Posting the image that features her in full combat gear she posted, "Another day at work!! Bang bang!! #Badass #GeneralAwesomeness with @anabelleacosta1 #QUANTICO".


As for the show, 'Quantico' traces the journey of a fresh recruit to being the suspect of masterminding one of the biggest attacks on New York City after 9/11. Produced by ABC Network, the crime thriller will see Priyanka playing the role a FBI agent, Alex Parrish and is slated to premier on ABC Network and Star World India on September 27.