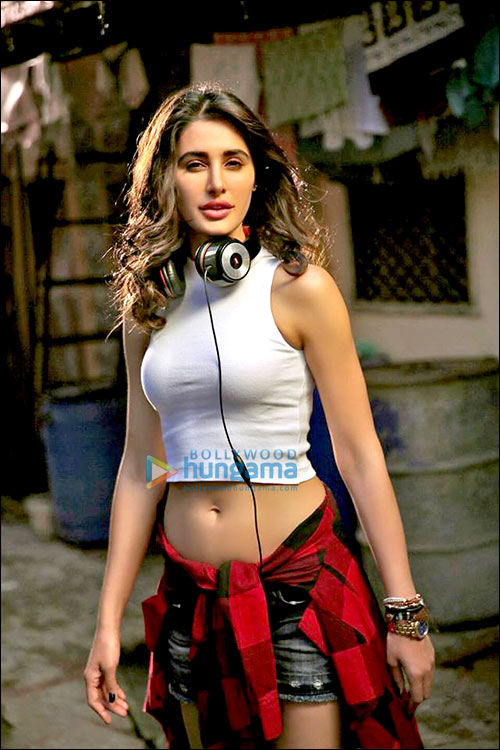 Nargis Fakhri and Riteish Deshmukh will be coming together for a musical titled Banjo and we have been receiving several glimpses of the film ever since it went on floors in Mumbai. And here is the look of the leading lady in the film, Nargis as a DJ.


For the first time the actress plays the role of a DJ who hails from New York. Banjo which is said to be a treat for music lovers will have an amalgamation of two different worlds of music. The film revolves around Nargis who in order to meet her dreams, decides to fly to India and comes across a Banjo party headed by Riteish Deshmukh. Trying to find their foot, they rise and stand amidst clashing notes and melodious music.


Making his Bollywood directorial debut is Marathi filmmaker Ravi Jadhav with Banjo that will be produced by Krishika Lulla. The film is slated to release on August 19.