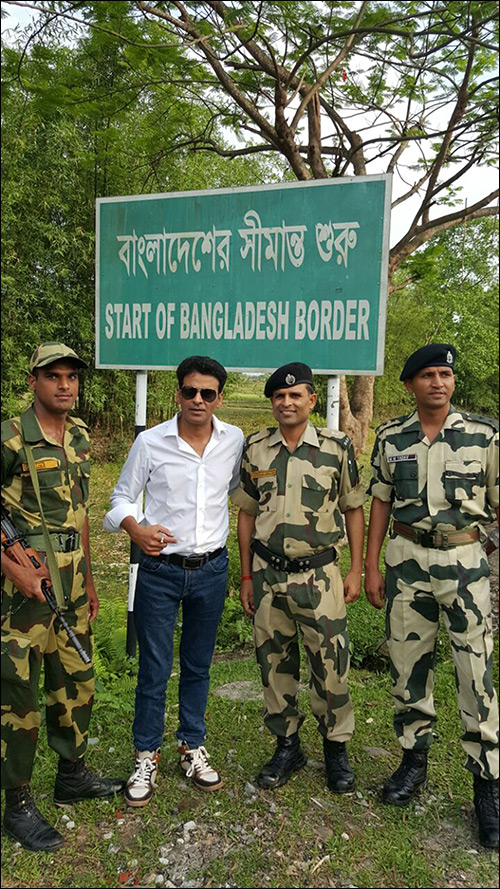 Actor Manoj Bajpayee who has been simultaneously shooting for a handful of films was in West Bengal recently wherein he decided to bring a smile on the faces of our army men. The actor visited the place for an event but later decided to go to Siliguri to pay a surprise visit to his soldier fans on the Indo-Bangladesh border.

However, this was an unplanned visit. It happened when Manoj came to know about the army camp nearby that had a number of his fans. Hence, he planned to give a surprise visit after he wrapped up his press conference. Once there, not only did he spend hours with his soldier fans, but also clicked photographs with him. Some of the army men even asked for autographs for which the actor gladly obliged.

On the Bollywood front, Manoj Bajpayee has five films back to back this year. Manoj also turns producer this year. His first production is a thriller, starring Tabu. The untitled film that is being directed by Mukul Abhyankar is slated for release in the second half of this year.

Manoj Bajpayee is the reason I did the song,…

Fatima Sana Shaikh to be seen in two…