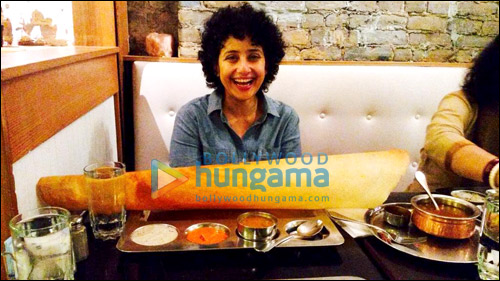 After battling cancer, actress Manisha Koirala is all set to be back to business. While there have been many speculations about her comeback films, Manisha is currently enjoying her life and the actress was recently spotted at a dosa diner in U.S.


Sporting a new 'afro look' as she calls it, we hear that Manisha Koirala was in New York for one of her medication sessions and she posted this picture of herself on micro blogging site with an extra large dosa as she wrote, "I could not finish it!!" The actress has been travelling to U.S. frequently for her chemotherapy sessions.


Being one of the 90s divas, Manisha was popularly known for films like 1942 - A Love Story, Khamoshi - The Musical, Gupt, Company, Bhoot and she was last seen in Bhoot Returns.