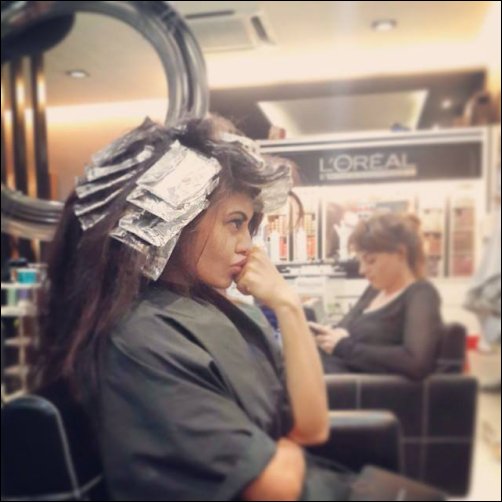 Jacqueline Fernandez, who has been riding high on the success of Kick, seems to be on cloud nine. However, post the film's release and subsequent success, the actress quickly started working on her next venture Roy.

Recently, Jacqueline posted a couple of images of the film's shoot that is currently underway in Malaysia. The first image features her getting her hair done. Jacqueline posted, "Double role play #roy @biancahartkopf @shaanmu". Later posting another image on her facebook handle, Jacqueline posted, "Taking a photo of a photo being taken! Can you guess who he is? #malaysiatrulyasia #roy".

Roy that is directed by Vikramjit Singh and produced by Bhushan Kumar, Krishan Kumar & Divya Khosla Kumar, will feature Jacqueline as a filmmaker in a double role alongside Ranbir Kapoor who plays an art thief and Arjun Rampal who plays the role of a scriptwriter.

Roy is slated for release in February next year.