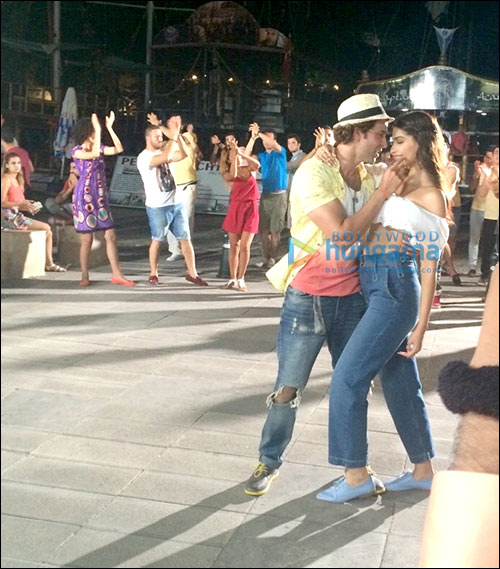 Last week we had reported that Hrithik Roshan would soon be shooting for a special dance video which would be a tribute to the music of Gulshan Kumar's Aashiqui. Now we hear the said track which is now recreated as a single by Yo Yo Honey Singh will also feature Bollywood's fashionista Sonam Kapoor.

In fact Sonam Kapoor jetted off to Turkey for the shoot of the track 'Dheere Dheere Se', which will be a recreated version of the 90s classic that will be released on the 25th anniversary of the Aashiqui. As for the idea behind recreating it, apparently T-Series head honcho Bhushan Kumar conceptualized the same as a tribute to his late father Gulshan Kumar since it was the latter's favourite song.

The images from the shoot of the song show Hrithik Roshan and Sonam Kapoor dancing to the track which is being shot in Antalya, Turkey.