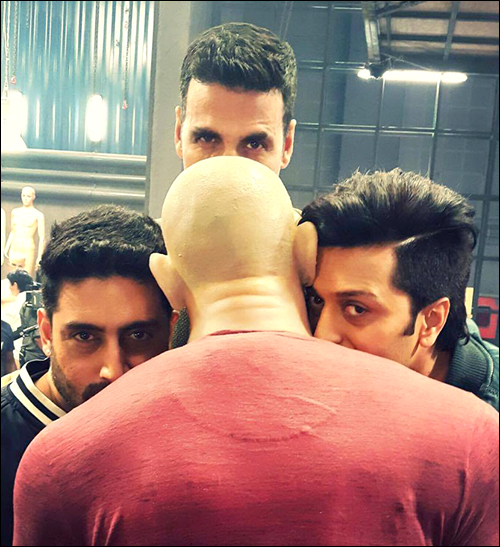 The recent picture of Deepika Padukone posing with famous Hollywood actor Vin Diesel had gone viral on the web and now the leading male cast of Housefull 3 decided to troll the actress by posting a similar picture.


Housefull is a popular comedy franchise and keeping up with the quirky nature of the film, Akshay Kumar, Abhishek Bachchan and Riteish Deshmukh shared a picture with someone who seems to be a lookalike of Vin Diesel and also added a funny caption to the same. Posting this picture on the social networking site, Akshay Kumar said, "Since Vin Diesel is busy with Deepika Padukone, we at #Housefull3 are making do with Vin Petrol"


Considering the viral response that the image of the Hollywood-Bollywood collaboration received, the crazy cast of Housefull 3 too decided to add their bit by spoofing it. Housefull 3 also stars Jacqueline Fernandez, Lisa Haydon and Nargis Fakhri in leading roles.