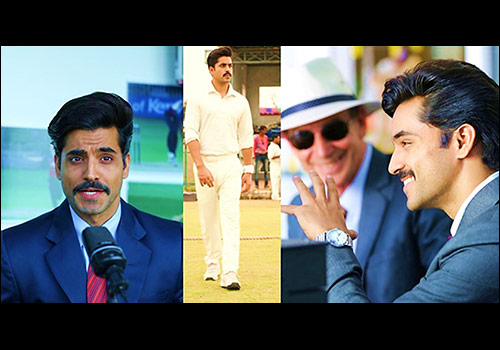 Earlier we had reported that winner of Bigg Boss season 8 Gautam Gulati will be seen in a prominent role in the upcoming biopic Azhar. Now we hear that the actor will play a cricketer turned commentator, Ravish in the film.


Revealing details of his character, Gautam said, "When I read the script I instantly fell in love with the character. He's a flamboyant, sophisticated cricketer who had played an important role in Mohammad Azharuddin's life when he was just starting out." It is being said that his role in the film is inspired by renowned cricketer Ravi Shastri.


Gautam also stated that he worked hard to get into the skin of the character. As a part of his preparation for the role, he had to undergo a 2 month long workshop with the director before shooting commenced apart from watching commentary videos. "You'll see me doing a lot of commentary, so besides the reading sessions I watched a lot of commentating videos as part of the prep. Cricket commentary is not an easy job; it requires presence of mind and impromptu lines. It was great fun."


Gautam also shared about his great camaraderie with Emraan on the sets. The actor described an incident when they were shooting a pool scene and Emraan casually mentioned how he liked a trailer of the MTV Big F where he was kissing a girl and he responded, "`Sir aap hi se seekha hai'," laughed Gautam.


The actor who shot for a 4 month long schedule also got the opportunity to play cricket with the real life Azhar. "It was during the early days of the shoot when he was on the sets to train Emraan sir," he said.


Directed by Tony D'souza, Azhar is based on the life and times of India's former cricket captain, Azharuddin and chronicles his rise and fall as country's most controversial sportsman yet. The film stars Emraan Hashmi, Prachi Desai, Nargis Fakhri and Lara Dutta along with others. Produced by Ekta Kapoor, Shobha Kapoor, N. P. Singh and Sneha Rajani, the film is slated to release on May 13.