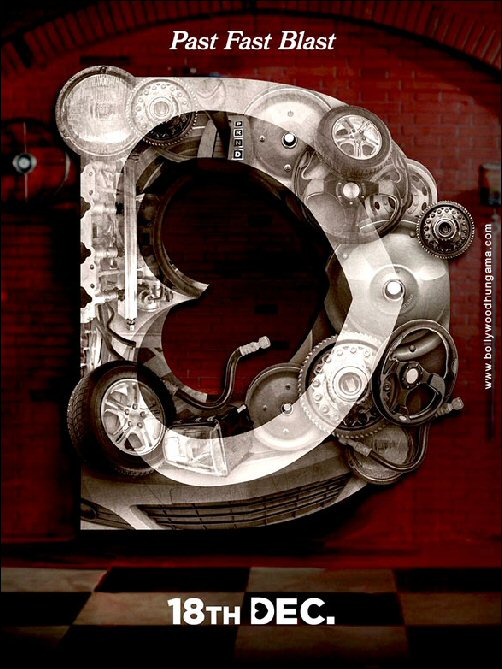 After the teaser of Fan, the next big thing that Shah Rukh Khan fans are eagerly waiting for is the trailer of Rohit Shetty's Dilwale. The film which will have the superstar paired with Kajol after five years, will be releasing in December and we will get to see a glimpse of it in November.

The trailer of Dilwale will be releasing on November 9 and here are the first look posters of the film. The first poster that was released represented a romantic winter backdrop, where the letter 'D' was highlighted in the form of a heart and was placed amidst snow. On the other hand, the recently released poster represents all the action and flying cars we will get to see in the masala entertainer directed by Rohit Shetty and hence, the D is presented with car wheels.


Produced by Red Chillies and Rohit Shetty, Dilwale also stars Varun Dhawan and Kriti Sanon in leading roles along with Vinod Khanna, Boman Irani, Varun Sharma, and Sanjay Mishra among others and is slated to release on December 18.