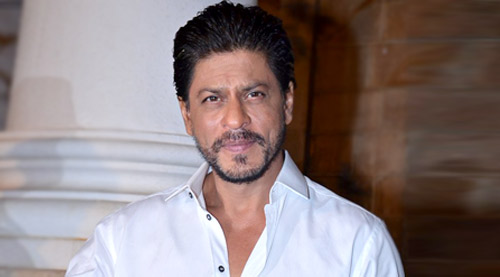 "We will never be a superpower if we are not going to believe that all religions are equal," said Shah Rukh Khan in a television interview a day before his 50th birthday. This pertinent sentiment has been quoted by an editorial in 'The New York Times' on November 3 to elaborate on the point that why intolerance in India ought to be checked at the earliest. In the two interviews that Shah Rukh Khan gave to two prominent national channels on the occasion of his birthday, he stood for secularism, plurality and upholding the Constitution of India. Even at the press conference on November 2, SRK insisted that secularism is the only way for a country as diverse as India, to move forward.


As was expected, a few rabble rousing leaders like Yogi Adityanath, Sadhvi Prachi and Kailash Vijayvargia (had not heard this name before yesterday) compared SRK to terrorist Hafiz Saeed, called him a Pakistani agent and labeled him as an anti national. Worldwide fans of Shah Rukh Khan trended #KailashVijayvargiaLeaveIndia right on top forcing Vijayvargia to retract his statement. Anupam Kher urged the 'fringe leaders' to desist from casting aspersions on SRK whom he called a "National Icon". I have seen the interviews that Khan gave to India Today and NDTV. I was also present at the press conference on November 2 at Taj Lands' End. I can say it with confidence that the protesting zealots have not seen these interviews and if they have, they don't understand English as Khan has only stood for a secular, plural India which is in consonance with the Indian Constitution. If anyone disagrees with the Indian Constitution, he or she ought to be put behind bars.


Shah Rukh Khan's father Mr. Taj Mohammad Khan was born in Peshawar which was part of the undivided India. He was a freedom fighter and decided to shift to India after partition. SRK has always taken a lot of pride in his father being a freedom fighter. With a massive body of work and a tremendous popularity amongst people of many faiths, cultures and countries, Khan is undoubtedly one of the biggest Indian icons in the world today. He was recently awarded an honorary doctorate by the prestigious Edinburgh University. It is highly objectionable when an appeal for secularism made by a man of such august stature is twisted and cheap remarks are made questioning Khan's integrity.


Even though the country has seen communal tensions since we gained independence, the film industry has always remained secular. It has been observed that deliberate attempts are being made to break the secular fabric in the film industry. A policy of divide and rule is being played out aggressively to achieve a polarization within the film industry. Sadhvi Prachi made an appeal in March this year to boycott the movies of the three Khans-Salman, Shah Rukh and Aamir as "their films are spreading a culture of violence." The three Khans have been systematically targeted and asked to go to Pakistan in the span of the last ten months: Aamir Khan (post the release of PK), Salman Khan (when he tweeted on Yakub Memon) and Shah Rukh Khan when he stood up for secularism recently. The three Khans enjoy unprecedented popularity and have done humongous social work for the betterment of the country. Their movies have been hugely appreciated specially by the family audience. To target them only because of their names and the religion they are born in, is extremely unfortunate.


The film industry always goes into a shell each time any of their close one is targeted. Even now, when SRK is being targeted, the responses from within the film industry are muted and guarded. The starry twitter time lines are filled with banal tweets of self promotion and little else. Mahesh Bhatt congratulated Khan for having the courage to stand alone. But why is it that Bhatt is always the lone sane voice? Khan had rightly said that stars in Hollywood stand up for causes as there is more "leeway" there. "People come and throw stones at my house if I say anything," he said with a tinge of hurt. It is extremely important that people like Shah Rukh Khan are treated with respect. It is important to clearly hear and understand what he says before jumping the gun to gain 24 hours of fame at the superstar's expense. Any country would love to have Shah Rukh Khan. But God forbid if Mr Khan ever decided to leave India for good, we will be a poorer nation by manifolds. Let the luminous light not go out of our house.

Kiara Advani wishes her 'dearest one'…