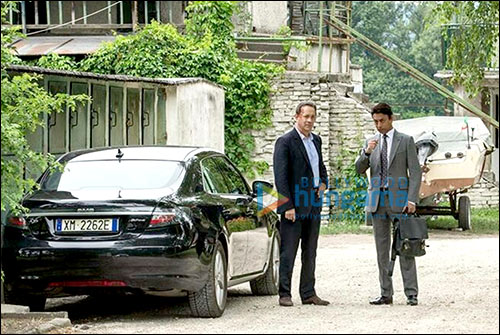 A while back we had reported that Irrfan Khan would soon be seen in the cinematic adaptation of Dan Brown's bestseller Inferno that is being directed by Ron Howard. Well the makers of the film recently released an image of Irrfan from Inferno.

Irrfan, who will be seen in a parallel role along with Tom Hanks, portrays the character of Harry - the head of The Consortium, helping Zobrist (Ben Foster) in his mission. Though more details of the film are unavailable, the Imagine Entertainment production which has a screenplay by David Koepp is slated for release on October 14, 2016.