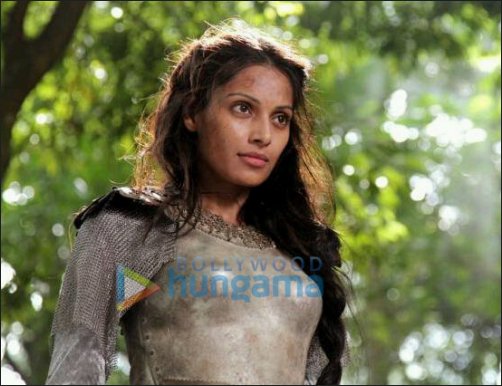 It was the talk of the town when Bipasha Basu clinched the role opposite Josh Hartnett in the Hollywood film Singularity. The film in question which is directed by Roland Joeff tells of an epic, sweeping and riveting tale of an impossible love story set across two time periods and continents.

Obviously thrilled with the film, which is currently being shot, Bipasha posted an image of her look on a popular networking site, just for her fans. Judging from the image, Bips is certainly giving her western counterparts a marathon run for their money.

If that wasn't enough she even posted the first look of the film.