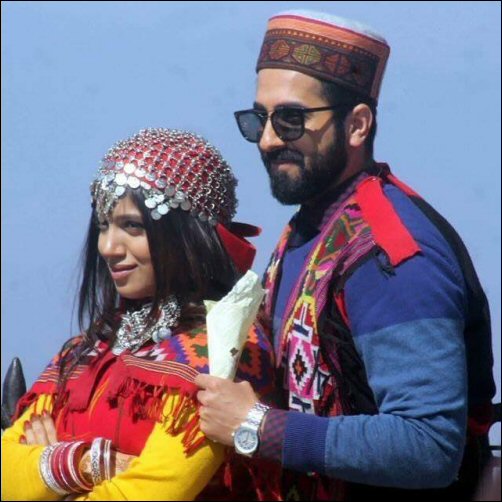 Right after her debut, Bhumi Pednekar has once again been paired up with her Dum Laga Ke Haisha co-star Ayushmann Khurrana for

Manmarziyan. The film has already gone on floor and now we spotted the duo shooting for it in Shimla.


The pictures of Ayushmann and Bhumi sporting traditional ethnic Kashmiri avatars for the film have gone viral on social media. Manmarziyan is an

intense and unconventional love story set amidst a Punjabi backdrop. It will also star Vicky Kaushal of Masaan fame as the third wheel in the film's

Produced by Aanand L. Rai in association with Eros International, Manmarziyan is directed by Sameer Sharma. The music is composed by Amit Trivedi with

cinematography by Avinash Arun and it is slated to release on September 23 this year.