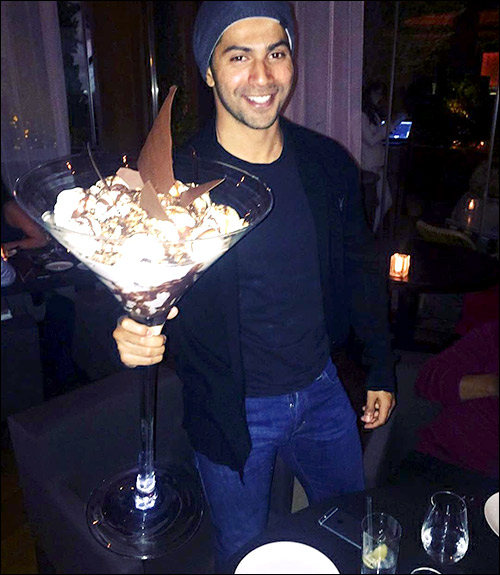 Of late, Varun Dhawan who is in Dubai to shoot for his upcoming film Dishoom, has been posting several pictures from the sets of the film. While it seems that this upcoming Rohit Dhawan directorial will be filled with picturesque locations, Varun gave us yet another big 'scoop' of information.

Varun Dhawan recently shared a picture on his Instagram page where he is seen holding a huge cup of ice cream and he captioned it saying, "#icecream stories. Biggest ice cream I ever got for being good #uae #dubai". Varun who has been undergoing extensive physical training for his upcoming action packed film will definitely have to cheat on his diet if he wants to finish that bowl of ice cream.

Starring John Abraham, Jacqueline Fernandez and Nargis Fakhri in a cameo, Dishoom is produced by Sajid Nadiadwala in association with Eros International and is slated to release on July 29.