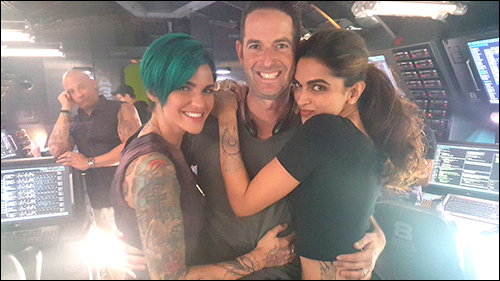 Though still a long way from completion, Deepika seems to be having a blast on sets of the film. In fact just recently director DJ Caruso posted an image of Deepika posing for a photograph along with Ruby Rose and the film's producer Jeff Kirschenbaum. Posting the image Caruso added, "Is #VinDiesel #photobombimg (discreetly ) producer Jeff Kirschenbaum's moment with #RubyRose and #DeepikaPadukone".