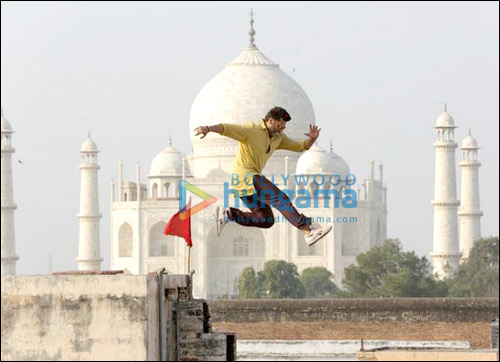 The one man on whom the whole of Bollywood has set its eyes is none other than Arjun Kapoor, who has big projects in his kitty.


Topping the films' list is Amit Sharma's Tevar, in which Arjun Kapoor has been paired opposite Sonakshi Sinha. Arjun Kapoor recently tweeted an image from the film (which is apparently his introduction scene in the film) wherein he is shown leaping against the Taj Mahal in the backdrop, with the caption that read as 'One of my favourite working stills and memories of Agra...leap of faith...this new year show ur Tevar '9th jan 2015'.


Tevar, which is the Hindi remake of the Telugu film Okkadu, will see Arjun play the role of a kabaddi player. The film also has Manoj Bajpayee in a prominent role.