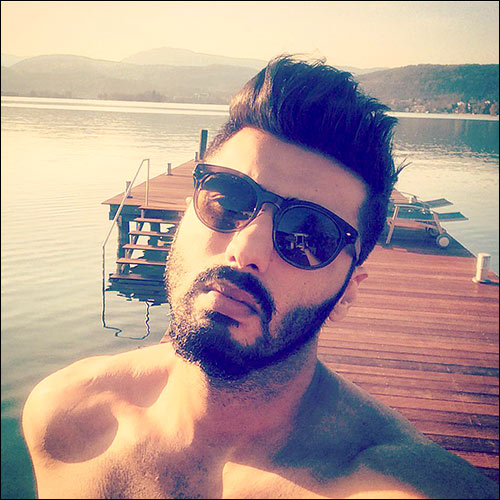 Off late we have seen an increase in photographs on various social networking sites catering to satisfying one's vanity via the selfie. Bollywood too hasn't been far behind, with actors posting selfies from the sets of their films. Well, Arjun Kapoor who recently decided to take a break from filming posted a selfie on twitter while on holiday.