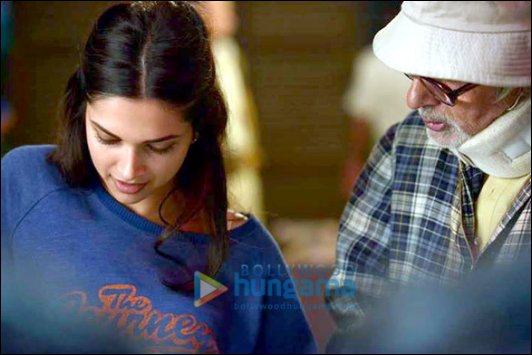 Earlier we had given our surfers a look at Amitabh Bachchan's paunchy character riding a cycle in the upcoming film Piku. Now the veteran actor posted another image from the film sets on his facebook page that features him alongside Deepika Padukone.


Posting the image Amitabh Bachchan added, "The beautiful Deepika with the not so beautiful guy next to her .. its PIKU ... and me !!"


Said to deal with a different take on the relationship of a father and daughter played by Amitabh Bachchan and Deepika Padukone, Piku that is directed by Shoojit Sircar will also feature Irrfan Khan in a very important role.


Produced by MSM Motion Pictures, Piku is slated for release on April 30, 2015.