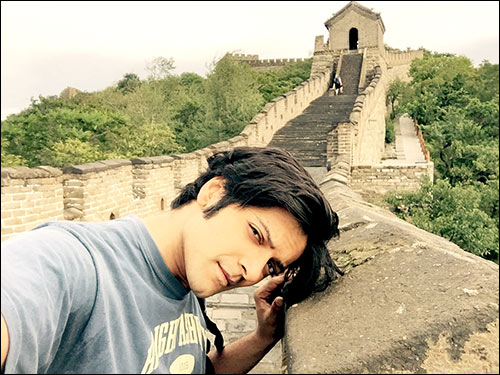 Ali Fazal who made a brief yet visible appearance in the recently released Hollywood action flick Fast And Furious 7 has apparently signed yet another international film. In fact, we hear that Ali has been roped in to feature in an Indo- Chinese film that will be partially shot in India and other Asian countries.

Though further details of the film are unavailable, Ali was recently spotted in China where he is shooting for the film. While there, Ali decided to take some time off from work to visit the Great Wall of China and posted images of the same on Twitter and Ali also wrote, "Thats it.. Recorded in time.. I was there. Checked off the list.! #greatwallofchina".


Said to be a romantic drama featuring Ali playing a character role the yet untitled venture will be a sort of historical film that focuses on the relations between the two countries.