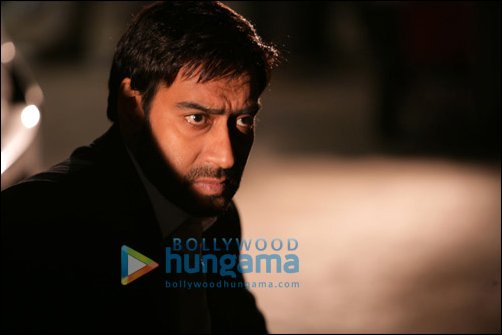 His last film Dil Toh Baccha Hai Ji was a rib tickling yet dramatic flick that left the audience wanting for more. A far cry from his usual character intensive serious roles, Ajay made it look like a cake walk. Well his next film Tezz, directed by Priyadarshan and comprising of a cast that boasts of Anil Kapoor, Kunal Kapoor, Kangna Ranaut, Boman Irani, Sameera Reddy and others, sure seems to be making waves. Though the details of the film are still a bit sketchy, we hear that Ajay has traded in his usual flamboyant garb for a more rugged dark colour clad figure.

The film, Tezz which has already completed 50% of its shoot, will soon start its next schedule on 1st of May with the entire cast and last for a month. The shooting location will be London and Scotland and they plan to finish the major chunk of shooting in that schedule. Being said to be an action thriller revolving around a bomb in a train travelling from London, Ajay plays a businessman married to Kangna Ranaut who lands up in jail for defaulting on his dues. When he comes out, he goes against certain things in the system, while Anil Kapoor plays a cop in the film.

Going by the looks of it, Tezz is one film to look forward to this year.