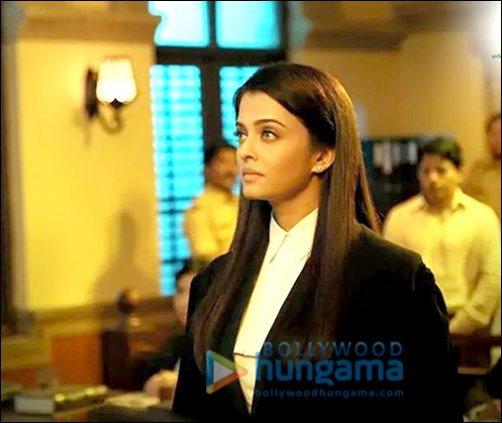 Since the inception of Jazbaa, the film has been in news for being the comeback of actress and former beauty queen Aishwarya Rai Bachchan. While she was on a break owing to motherhood, this thriller will see the actress playing the role of a lawyer.


Here is a glimpse of Aishwarya Rai Bachchan in her reel life avatar. Aishwarya Rai Bachchan plays the role of lawyer Anuradha Verma in the film and apart from her, the film also stars Irrfan Khan, Shabana Azmi, Siddhanth Kapoor in prominent roles. Apparently, a few pictures from the sets were said to be leaked because of which Sanjay Gupta took to Twitter to talk about it saying, "Pics leaked from set and how excited is everyone getting? Chori ka maal sabko achcha lagta hai."

From what we hear, Jazbaa is loosely based on the Korean film Seven Days, wherein a popular criminal lawyer is forced to defend a man sentenced to death penalty in order to save the life of her daughter.


Produced by Essel Vision, White Feather Films and Viking Media, Jazbaa is directed by Sanjay Gupta and it is slated to release on October 9, 2015.