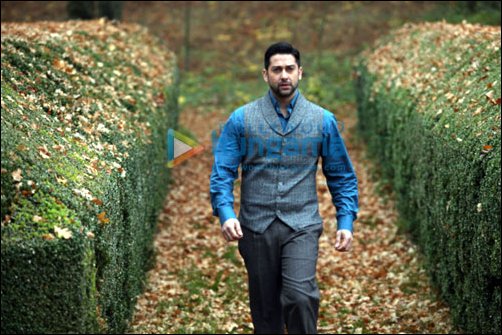 The shooting for the sequel to Vikram Bhatt's smash-hit 1920 has already begun in the cold locales of Sweden. Titled 1920- Evil Returns, the film stars Aftab Shivdasani along with Tia Bajpai The film is being directed by Bhushan Patel who has worked with Vikram earlier in Haunted-3D as the Operative Cameraman.

Aftab seems pretty kicked about this project and even posted a pic of the look his character Jaidev Verma sports in the film. The actor tweeted, "This is it.. presenting..the poet..the lover..Jaidev Verma."

Aftab also tweeted about how the unit is braving the cold of Sweden and completing the shoot. "Loving every shot here..the south of sweden is just..gorgeous! except for the cold and the wind chill, everythg else here is surreal.."