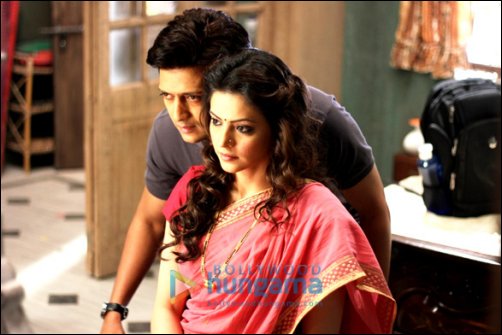 Yet another facet of Ek Villain is revealed! There comes a new twist in the form of Riteish's wife Sulochna played by popular TV actress Aamna Shariff.

Up until recently, the Sidharth Malhotra-Shraddha Kapoor romance was at the forefront, now makers claim that this actress too has a pivotal role in the film. With the newly revealed angle of Riteish-Aamna, the confusion is mounting, as there appear to be two concurrently running love stories in Ek Villain. Says a source, "Several actresses were considered to play Sulochana but Mohit and his team eventually zeroed down on Aamna because her look test was exceptional. There is no doubt that she is a seasoned actress and among the best that Indian television has seen. She was instantly confirmed for the film."

Produced by Balaji Motion Pictures, Ek Villain is directed by Mohit Suri and is slated to release on June 27.