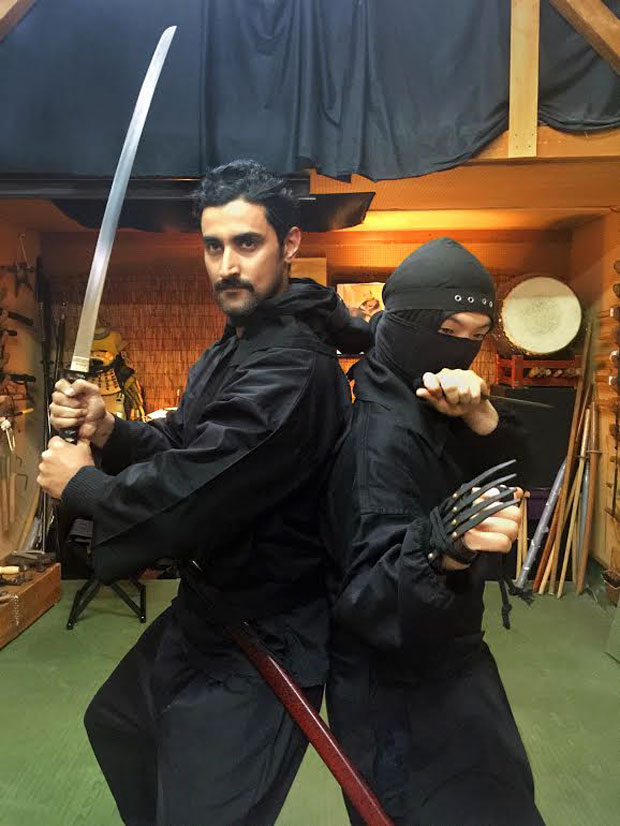 We had reported earlier that Kunal Kapoor will be starring in Malayalam-Hindi-English period drama Veeram which will showcase him doing some high action scenes. The first look of Kunal Kapoor from the film looked intriguing as well.

For Veeram, Kunal Kapoor had to go through some heavy training for this high action period drama. Besides putting on 12kgs of muscle, he also had to master his martial arts skills. During this training period, Kunal connected with the art form that he loved as a child. And once this love was rekindled, there was no looking back. The shooting of Veeram got over but Kunal remained committed to the art form. He continued to train in Kalari and also added MMA to his repertoire. His fascination made him dig deeper.

A few months ago, Kunal Kapoor came across an article about a family of Ninja warriors in Japan that have a 400 year old history. The Jidaa School is one of the few ninjutsu dojos in Japan with strong family origins having served generations of emperors. After the release of Dear Zindagi and finishing his last schedule of Tigmanshu Dhulia's Raagdesh, Kunal headed to Tokyo for a holiday that had a learning agenda at its focus. “I have always been a huge fan of Japanese culture, having grown up on Manga comics, their movies, and food. I have been wanting to go there for a long time. When I found out about this family, my urge to go there grew all the more. And the moment I got a break from my schedule, I enrolled myself in the program. While I was there, we worked on movement, weapons training and a meditative technique known as Ku”, commented Kunal.

The training happened in a small dojo. And what’s more intriguing is that Kunal didn't even get to see the face of his instructor. "Yup, he wore a mask all the time. If I meet him on the street, I wouldn't even recognize him" he laughs.

While on his stay in Japan, Kunal Kapoor also visited many monuments and eateries. The trip will remain etched forever in his memory. "The Japanese are such lovely people. So humble and disciplined. I am totally enamoured by their culture and would love to go back again and train."

PHOTOS & VIDEOS: After shaving his head for…