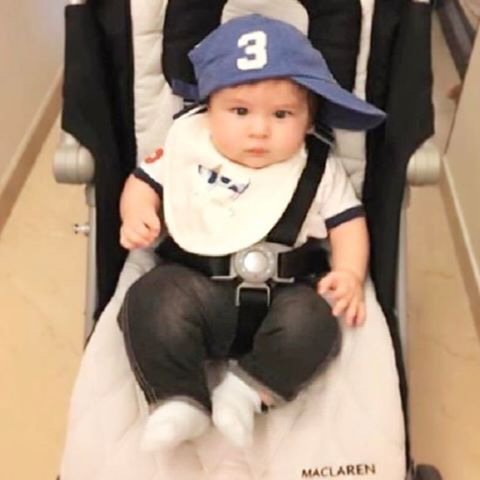 Saif Ali Khan and Kareena Kapoor Khan’s baby boy Taimur Ali Khan instantly became an internet sensation after his name became the talk of the nation. The royal baby is internet's favourite and people look forward to catching a glimpse of him everytime.

Now, a new picture of the baby Taimur has surfaced online and it is very adorable. Little Taimur is seen in an oversized cap turned sideways while he sits snug in a pram while he stares at the camera.

On the work front, Saif Ali Khan recently wrapped up shooting for Chef. He will be seen in Baazaar later this year. Meanwhile, Kareena Kapoor Khan will begin shooting for Sonam Kapoor starrer Veere Di Wedding.