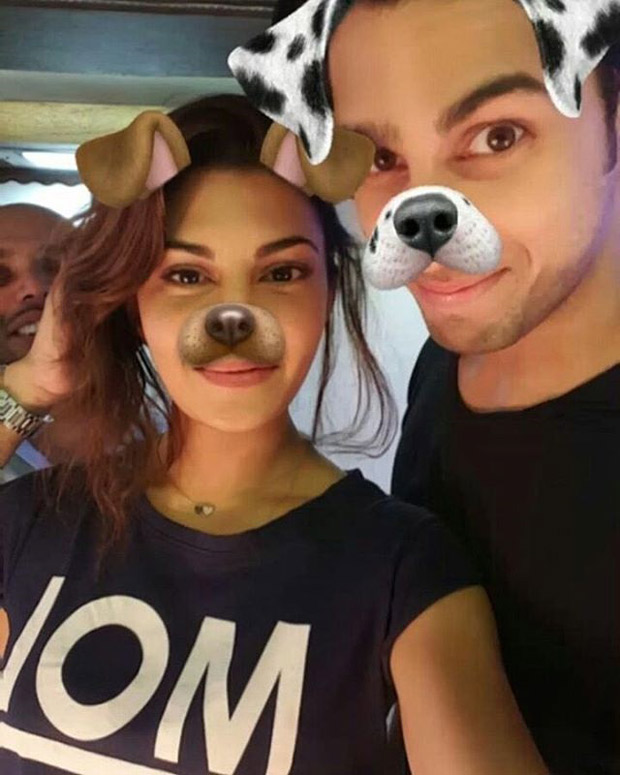 Earlier, we had reported that Jacqueline Fernandez and Sidharth Malhotra had started shooting for the next schedule of their film Reloaded in Mumbai. The film is said to have lots of action in it.

As we all know that Jacqueline Fernandez is obsessed with the Snapchat app and she loves to give a glimpse of her life on and off the set. On Sunday, it was a late night shift for Reloaded team. In between shots, Jacqueline got Sidharth on board for some fun videos using different Snapchat filters. They were joined by Jacqueline's makeup artist Shaan Mu.

The upcoming action film is directed by Krishna D.K.