His last film Ae Dil Hai Mushkil seems to have sailed through quite successfully, despite the controversies hovering around it. However, the relation between the two neighboring countries India and Pakistan continue to be strained due to which Fawad Khan continues to stay away from the glitzy Indian film industry. 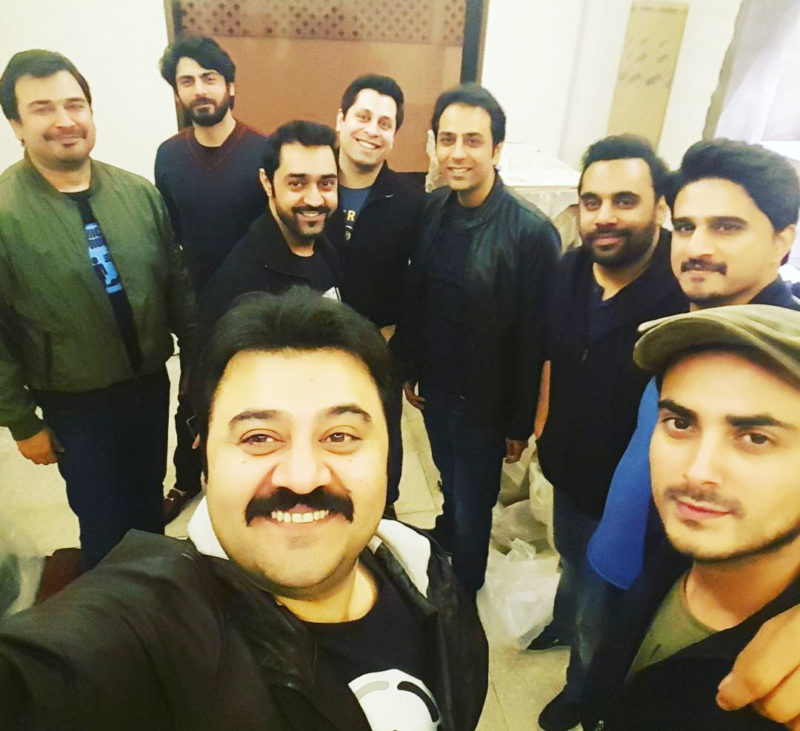 Fawad Khan recently turned a year older and his birthday bash which had Bollywood glamour in abundance last year, turned out to be quite a low key affair this time. The actor celebrated it with a couple of his friends in Lahore and one of them shared the pictures of the said celebration on Instagram. The actor was seen hanging out with his old buds Ahmad Ali Butt, Hasil Kureshi, HK Malik, Bilal Lashari and Farid Jain. A scrumptious meal spread and loads of selfies with his close knit group summed up Fawad Khan’s 35th birthday this year.

Readers may be aware that Fawad Khan, who is married to his childhood sweetheart Sadaf turned father again this year as he welcomed his second child, his daughter Elayna a few months ago. The couple also has a son named Ayaan Khan.