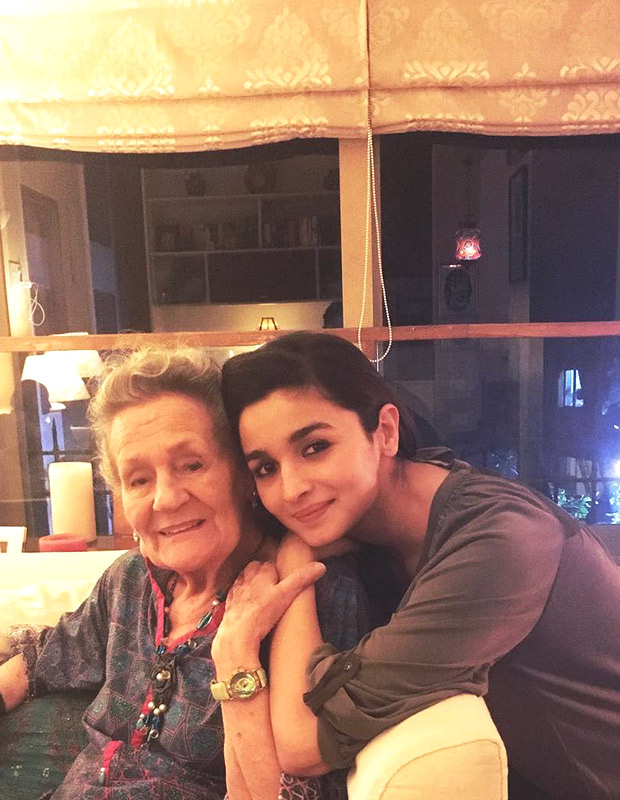 Alia Bhatt is known to be a family person. As and when Alia gets time off from work, she spends it with her family. However, Alia's busy schedule did not keep her away from celebrating her grandmother's birthday.

On Monday, Alia's grandmother, Gertude Hoelzer, rang in her 88th birthday and Alia shared a heartwarming message for her who she called her inspiration. Hugging her grandmother, she wrote, "My beautiful grandmother turns 88! She sang a song on her birthday whilst playing the mouth organ! Now I know where I get my musical inclinations from! Her life is so inspiring! She's one of the most unique and special people I've had the privilege of knowing and loving! P.S - After taking this photograph she insisted that her hair didn't look upto to mark!"

On the work front, Alia Bhatt is on the promotional spree for her upcoming romance comedy drama Badrinath Ki Dulhani which stars Varun Dhawan. This is her third film opposite Varun after Student of the Year and Humpty Sharma Ki Dulhania. Helmed by Shashank Khaitan and produced by Dharma Productions, Badrinath Ki Dulhania also stars Gauahar Khan and Shweta Basu Prasad and set to release on March 10.