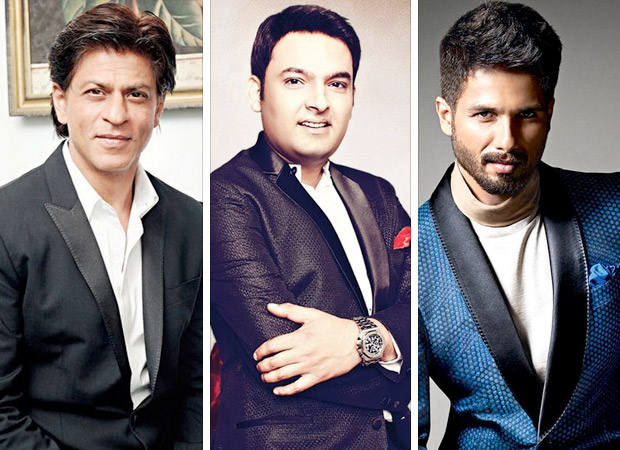 1. Shah Rukh Khan and Kapil Sharma who co-hosted the show hardly had time to rehearse together. They were both busy with their individual commitments. But when they met they added a lot of their own lines to the written lines. Shah Rukh and Kapil are very comfortable with one another. There was a lot of give-and-take and Kapil was allowed to make digs on stage about Shah Rukh’s age, about buying awards, etc.

2. Kapil also made digs about Anil Kapoor dyeing his beard. “You may see some grey hairs in son Harshvardhan’s beard, but not Anil Sir’s beard,” guffawed Sharma. “Yeh Kapil thoda zyada bolta hai,” a friend of the Kapoor khandaan sighed after the show.

3. Kapil Sharma approached Rekha in the audience to do a take-off on Shatrughan Sinha which she sportingly did. Shatrughan Sinha and Rekha have a history. For many years they didn’t speak to one another. All that is water under the bridge now.

4. Kapil asked Sridevi whether she feeds idli or paratha to her husband for breakfast. When she said it was idli-sambhar for breakfast Kapil quipped, ‘Then how come he resembles a Paratha?’ Apparently the joke on her husband’s girth was not appreciated by Sridevi. She made her displeasure quite clear.

5. By far the best act of the evening was Tiger Shroff’s tribute to Hrithik Roshan and Alia Bhatt’s tribute to all the screen queens from Sridevi to Kareena Kapoor Khan. Both Tiger and Alia had done their homework and mastered the original steps.

7. Notable absentees. Arijit Singh and Aamir Khan. Arijit, it seems, is off awards after his run-in with Salman Khan at an awards function in 2014. As for Aamir, frantic feelers were sent to the Dangal winner to get him to the function. Despite pressure from powerful places Aamir was unrelenting. That’s what makes him who he is.

8. Karan Johar who hosted a segment stayed away from all homo-erotic humour. According to sources the decision to keep the function clean was collectively taken by the organizers and Karan Johar. “Every time he goes on stage there are gay giggles, it’s become predictable,” says a source.

9. Sunil Grover and Kiku Sarda were priceless as Dharmendra and Sunny Deol. A word of caution, though. The Deols do not take kindly to being satirized. In fact the Indian entertainment industry is filled with extra-touchy egos. They make Trump jokes. But wouldn’t dare take digs at Indian politicians.

10. Shabana Azmi was very uncomfortable doing a romantic song with her husband Javed Akhtar on stage. She believes there is no need to turn awards functions into a tamasha. And a lot of her peers agree with her. Most of them secretly. Some like Aamir Khan, Ajay Devgn, Kangna Ranaut and John Abraham quite openly.