After Alia Bhatt and Ranbir Kapoor shot together in Varanasi for Brahmastra, soon they were snapped at Mumbai airport as they returned to the city. Post that, the couple made their way to New York wherein Ranbir and Alia decided to visit the former’s parents Rishi Kapoor and Neetu Kapoor. As the two were seen bonding with the Kapoor family, Ranbir recently took some time out to spend with them sans Alia and was even seen at a family outing whereas Alia recently shared a photo of her exploring the city of New York. 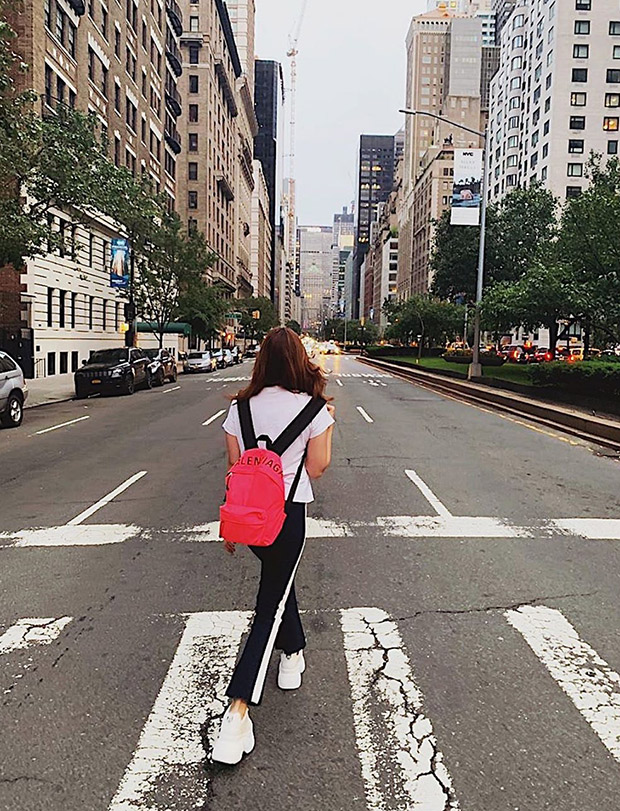 Alia Bhatt took to Instagram to share this photo of her taking a stroll on the empty streets of New York and needless to say, the photo reflected calmness and solitude. The actress posted the same saying, “We exist in moments, nothing more.” She also received a lot of praises for her photo from fans and colleagues from the industry including her Gully Boy director Zoya Akhtar.

We exist in moments, nothing more.

On the other hand, fan clubs of Ranbir Kapoor and Alia Bhatt too have been sharing videos from their recent New York trip where the couple is seen interacting with their fans and even obliging for photos. Well, this is not the first time where the two have posed with fans. In the past too, during their New York trips, the couple was more than happy to get clicked with their well-wishers and fans.

Coming to Brahmastra, the real life couple is all set to come together on the big screen for the first time with this superhero drama. Directed by Ayan Mukerji, the film is a part of a trilogy inspired by Indian mythology and it also stars Amitabh Bachchan, Mouni Roy, Nagarjuna in pivotal roles. The film, produced by Karan Johar, is slated to release during summer 2020.