While she has established herself as the youth icon of the current generation with her social media presence, Alia Bhatt is exploring a new side of internet with YouTube. Unlike others, the actress is planning to enter this new medium by launching her own YouTube channel. In a launch video for the same, the actress spoke about the reason behind her decision and also took us through a unique journey of behind the scenes and what goes around this world of glamour and films which included her past films including Brahmastra which she has been shooting for currently and it also gave us a peek-a-boo into her famous ‘Tip Tip Barsa Paani’ video! 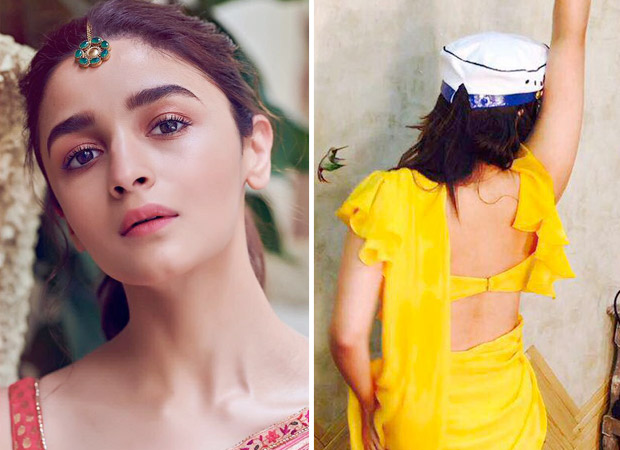 Do you remember the time when she had even donned the quintessential Raveena Tandon avatar in a yellow saree and matching blouse for the ‘Tip Tip Barsa Paani’ video, just like the way the Mohra actress had worn in the original song? Well, the actress gave a glimpse of what behind her dance performance for that particular video. If that wasn’t all we also got a little sneak peek into the shooting of her various films. Alia Bhatt recorded her message for this YouTube channel launch video whilst she was shooting for Brahmastra in Varanasi.

Something new, something fun, something on YouTube ???????? Link in bio!

In the message given by the actress regarding her own YouTube channel, Alia mentioned that this was her attempt to showcase a much more personal side of her to the world and especially her fans. She explained, “My channel is a lot of me being unadulterated, what goes behind the scenes, more like in front of life… the good, the bad and funny days.” While that is the gist of it, fans can wait for more from the videos that she will be posting on her YouTube channel.

On the film front, Alia Bhatt is gearing up for the much awaited Brahmastra, a superhero film starring Ranbir Kapoor. The actress also has the multi-starrer Takht, Mahesh Bhatt’s Sadak 2, the South film RRR, the Salman Khan starrer Inshallah amongst others in the pipeline.

Also Read: Alia Bhatt to share her PERSONAL & PROFESSIONAL life live on the Internet (details inside)