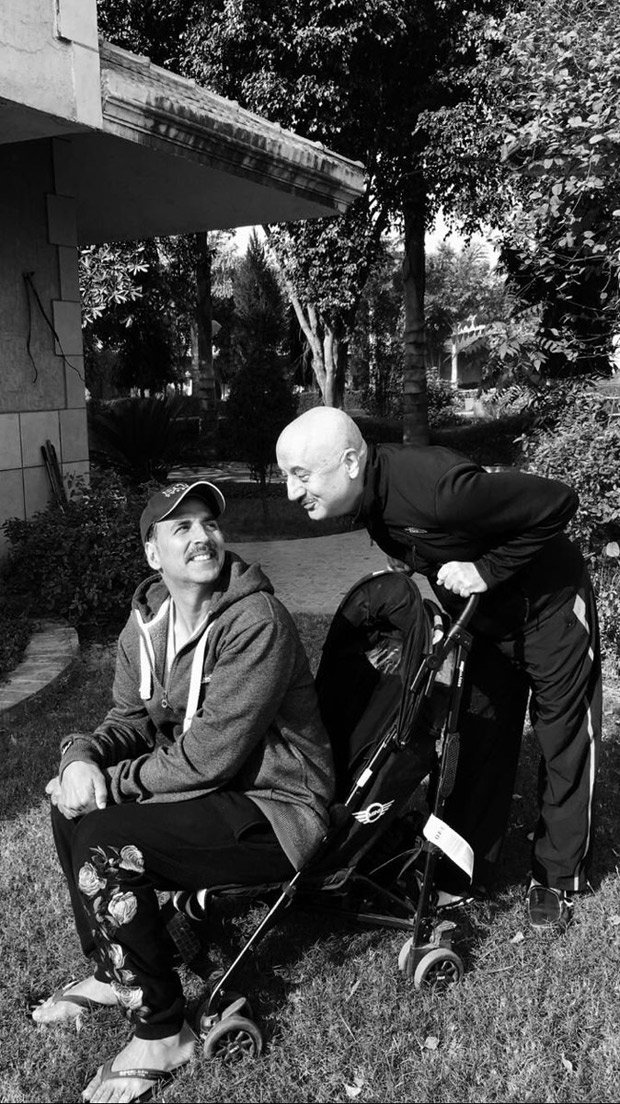 Akshay Kumar, who was last seen in Rustom, is currently shooting for Toilet - Ek Prem Katha alongside Bhumi Pednekar. The film also features Anupam Kher in pivotal and marks his 20th collaboration with Akshay.

On Wednesday, Akshay Kumar shared a photo with Anupam Kher while the former sat in a stroller. He wrote, "A Man who has nurtured so many & taken it upon himself to Babysit me throughout my career Love & prayers always @AnupamPkher ji, ur Baby AK."

This was followed by a celebration on the sets of the film. Anupam Kher shared a video of him cutting a cake with Akshay and Bhumi. "Toilet: Ek Prem Katha is my 20th film with superstar Akshay Kumar. Here is a glimpse of how we celebrated this landmark on the sets," Anupam captioned the video.

#ToiletEkPremKatha is my 20th film with #Superstar @akshaykumar. Here is a glimpse of how we celebrated this landmark on the sets.:) pic.twitter.com/yl5bxuUk7v

Previously, Akshay Kumar and Anupam Kher have starred in movies like The Shaukeens, Baby, Special 26, Desi Boyz, Waqt Humara Hai, Deedar, Sainik and Aflatoon among many others.

Toilet- Ek Prem Katha is produced by Aruna Bhatia, Plan C Studios and Abundantia and directed by Shree Narayan Singh. It is slated to release worldwide on June 2, 2017.

Akshay Kumar takes his mother to a casino on…