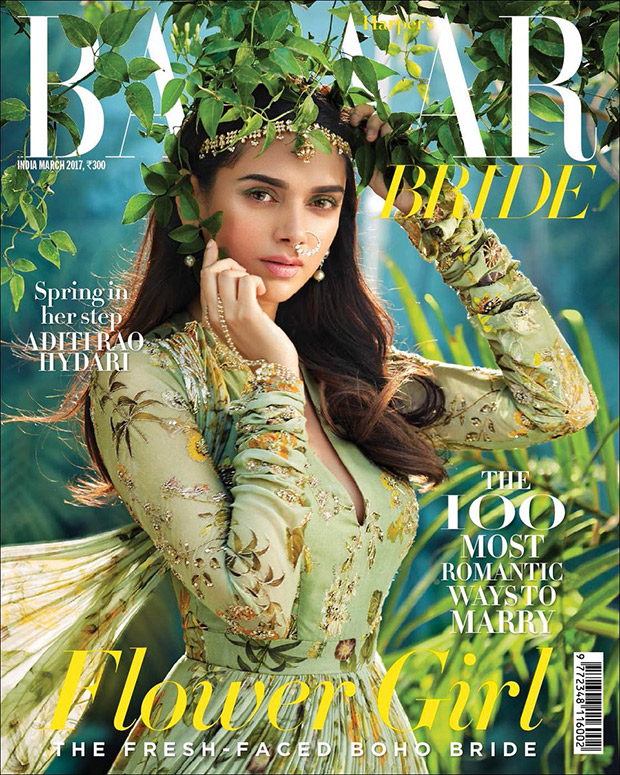 Aditi Rao Hydari is welcoming the season of spring on the cover picture of the March edition of the magazine Harper’s Bazaar Bride.

Aditi Rao Hydari looks regal, boho and is spring ready in a green ensemble Anarkali dress which is designed by the designer Ridhi Mehra. The magazine's tagline reads, "Flower Girl: The Fresh-Faced Boho Bride". The cover story has been titled as "Spring in her step: Aditi Rao Hydari."

On the work front, Aditi Rao Hydari will be seen next in Mani Ratnam's Kaatru Veliyidai opposite southern star Karthi. She will also be seen in Omung Kumar's Bhoomi alongside Sanjay Dutt.