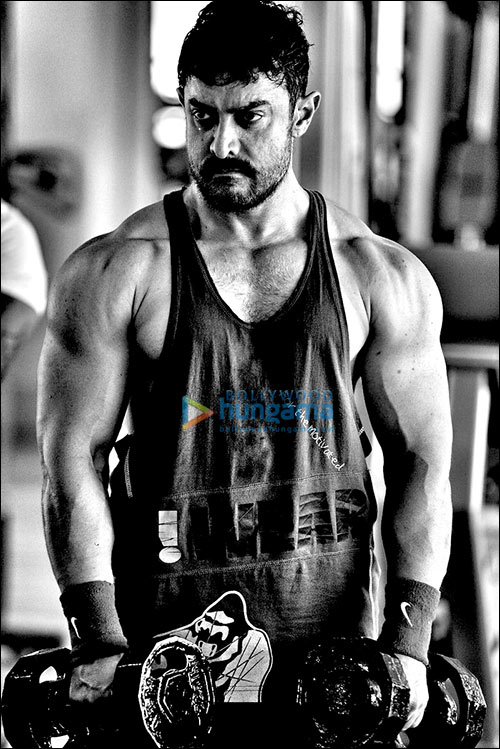 Aamir Khan has been through quite a drastic physical transformation since last year for his upcoming role in Nitesh Tiwari's Dangal. The actor who will be playing the role of a wrestling coach Mahaveer Phogat was seen gaining a ton of weight to play the character.

The shooting of younger days of wrestler Mahaveer Phogat will commence in 2 days. For that, Aamir Khan has lost all that excess flab and has built muscles. The actor took to his twitter account where he shared a picture of him looking all beefed up. He captioned the picture saying. "2 days to go before I shoot for young Mahaveer."

Aamir Khan went through a rigorous transformation to play the role of Mahaveer Phogat. It took him six months to go from 68 kgs to 93 kgs. Since January 2016, the actor was on a strict physical training programme to lose 25 kgs in 25 weeks.

Dangal is a biopic on Indian wrestler and Olympics coach who taught wrestling to his daughters Babita Kumari and Geeta Phogat. Written and directed by Nitesh Tiwari, Dangal is scheduled to hit the theatres on December 23.