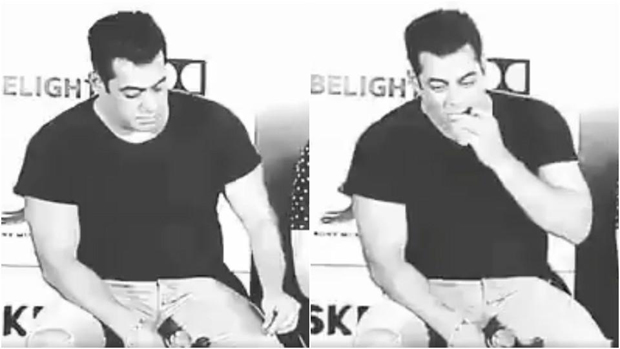 The internet is one of the most entertaining places. One may never know what bizarre things might go viral. One hilarious video which is breaking the internet currently features Salman Khan.

Salman Khan recently attended the launch event of his film Tubelight. At the event, Salman Khan rather looked lost in the moment when he was caught on camera eating the threads from his own jeans. This few minutes long clip has gone viral and the Internet has gone berserk. No idea whether Salman Khan was bored or hungry, but this sure has been the highlight of the day for everyone.