Last Updated 28.11.2022 | 12:58 PM IST
feedback language
follow us on
Bollywood Hungama » News » Bollywood Features News » BTS vocalist Jungkook drops beautiful rendition of ‘Never Not’ by Lauv and we were just not ready for it

BTS member Jungkook has dropped an acoustic cover and well, it's breathtaking! The septet has been actively participating in live streams, interacting via their app Weverse and on Twitter, and ensuring that they stay connected with their fans amid these trying times. With concerts being rescheduled, they are immersed in the making of the next album! 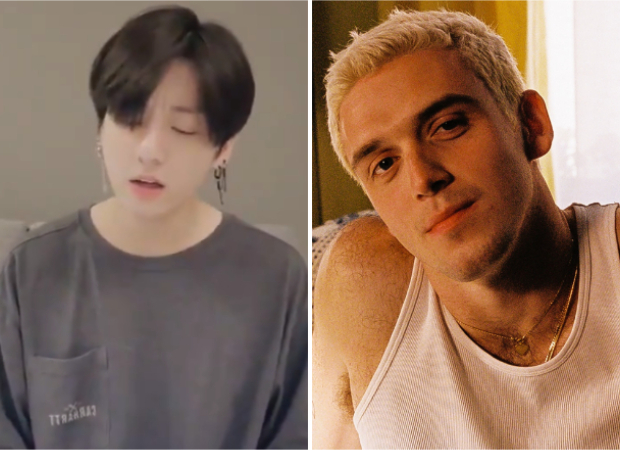 Meanwhile, their social media game continues to be stronger than ever! Jungkook, the youngest member of the world-famous group, posted a new video on their official twitter handle on May 3. Well, it's almost 4 in the morning in South Korea but that doesn't stop him from getting musically inspired. The 23-year-old singer posted an instrumental version of 'Never Not' track from musician Lauv while comfy in his pajamas. It may be difficult to articulate but Jungkook happens to be one of the finest vocalists out there with a beautiful range. He simply captioned the video, "Never Not" with purple heart emoji.

Singer Lauv (Ari Leff) happens to friends with the members of BTS. He attended their Wembley concert last year. They went onto collab on the remix version of 'Make It Right' from 'Map Of The Soul: Persona'. Jungkook and Jimin featured on Lauv's heartbreaking track 'Who' in his debut album 'how i'm feeling' that released on March 6, 2020.

BTS released their album 'Map Of The Soul: 7' on February 21, 2020. They are currently in the primary stage of their next album.