BTS is a band that keeps on giving! The South Korean septet is busy with their next album already, but they have also been interacting with fans every single day via various mediums so that their fans continue to stay motivated and positive during this time. 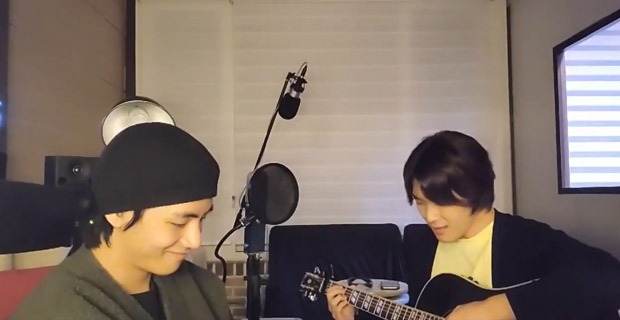 BTS singer V is back with yet another #StayAtHomeChallenge. Previously, he was seen grooving in front of his TV screen on 50s version of the song 'Closer' by The Chainsmokers and Halsey. And now, he indulged himself in some impromptu singing with the help of musician NIve. Sharing a couple of videos on their official account, V said that indulge in songs that you could hum away even when they don't make sense.

V recently revealed that he has composed a couple of songs already and will reveal it when the time is right. Meanwhile, he also teased about BTS working on a new album. Their last LP 'Map Of The Soul: 7' released on February 21, 2020.

I had an amazing time making music with ya @bts.bighitofficial #V #뷔 #방탄소년단 #bts

ALSO READ: BTS members Suga, Jin and Jimin turn it up on ‘Happy’, ‘Havana’, ‘Con Calma’, ‘Rasputin’ and it will make you get up and just dance!