South Korean group BTS has been spending their time in quarantine and ensuring that they interact with their fans with #BTS_OF_The_Day hashtag. They have been giving a glimpse into their daily lives whilst continuing their regular work routine. And now, Boxer Jungkook is back to bless your timeline! 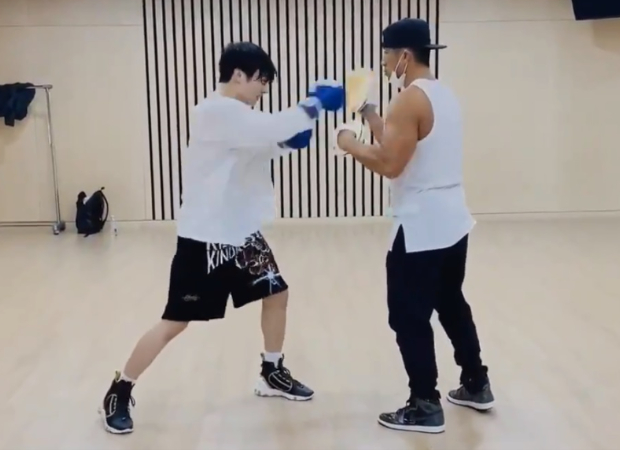 BTS member Jungkook is a fitness enthusiast who ensures that he trains everyday. Almost exactly one year later, the 23-year-old singer shared a video today of himself from his boxing training. Dressed in a white t-shirt and printed shorts, he is training under the guidance of his physical instructor. He simply captioned the video, "One Two."

The same day, he appeared on RM and J-Hope live session and surprised the fans as it had been a while since he did a live session.

Today, Suga also shared a tweet asking fans to leave some questions on social media. It seems like a Q&A is on the way for the fans.

-TRANS
Suga Suga ShupD is back. ARMYs, is there anything you want to ask BTS? I'll answer those curiosities!#AskShupD#BTS @BTS_twt

BTS leader RM recently announced they are already working on their next album. Meanwhile, their Japanese album is set to release soon. Their fourth LP 'Map Of The Soul: 7', that released in February this year, went onto become No. 1 in 21 countries.