South Korean group BTS is soaring atop on Billboard charts. After spending seven consecutive weeks on the Hot 100 chart with their second English single 'Butter', the group replaced themselves on the chart with their latest single 'Permission To Dance'. As the world's biggest band is setting new standards for themselves, the group members will reflect on their singles, stardom, music, and more in Weverse magazine interviews. 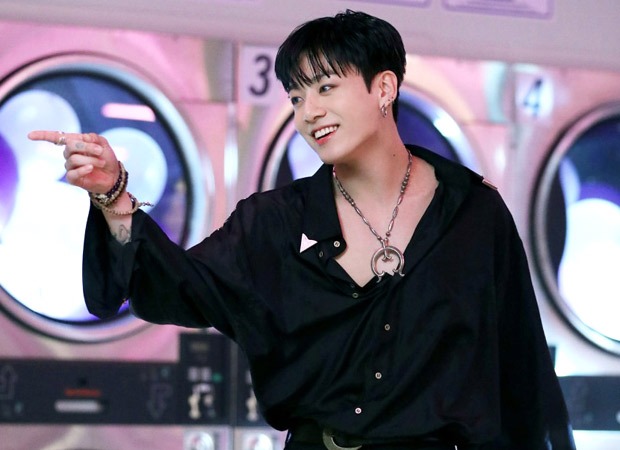 Weverse is a social media platform where BTS interacts with their fandom. The platform also has interviews of the artists conducted around new releases. Discussing the 'Butter' staying atop for six consecutive weeks at the time in June, Jungkook says, "I was never attached to rankings, but as good as it is and as happy as I am since we’ve kept setting records since 'Dynamite', it also feels like a burden.'

For over a year, Jungkook is working on his solo mixtape. A few of the members including rappers RM, Suga, and J-Hope have released their solo albums already. He has discussed several times how he wants to perfect the songs that he wants to put out. Giving an insight into the album and how he wants it to be, Jungkook reveals, "I was working on it just before I came. But it’s hard! (laughs) I could just make it about myself, and then it would be like, I started as a trainee when I was 13, I worked hard, and found success. But anyone could do that. So I keep thinking I want to make up my own original, complex story and write the songs from there. Billie Eilish’s debut album (When We All Fall Asleep, Where Do We Go?) left a big mark on me when it came out, in that respect. And it’d be nice to have a cohesive flow to the tracklist, but even if it’s all jumbled up, that’s fine, too, as long the good songs keep on coming. That’s sort of what I’m thinking."

Jungkook adds, "So these days, rather than focusing on the album’s story as a whole, I’m just going to write whatever it is I want to say in each song. If I get that feeling right after listening to a track, I’ll try and make it. And I’m going to try to make it a little bit light-hearted."

The 23-year-old musician is taking his own to make the mixtape. "It’s fine if it takes a really long time—it’s just hard to work on it in pieces. I mean, if I stay up late working away at it, it’s hard to get through the next day. (laughs) I stayed up all night again last night and slept between appointments today, but I’m still going to keep working like this today and then go work on my mixtape again anyway. I’ll do my best to release it as soon as possible. I want to write and record a lot of material," he adds in Weverse magazine interview. Jungkook adds that he wants to show his real self through his work.

Meanwhile, ‘Permission to Dance’  is BTS’ latest single to top the Billboard Hot 100, replacing their own song 'Butter' at the summit. The song marks BTS’ fifth No. 1 in a span of 10 months and two weeks, making them the fastest to accumulate five leaders since Michael Jackson in 1987-88. This week, BTS also topped YouTube's Global Top Artists Chart and YouTube's Global Top Songs Chart with ‘Permission to Dance’.