For many, it's not September yet but for South Korean juggernaut BTS' youngest member Jungkook, it's September which means, he turns 24 (25 in Korean age). He kicked off his birthday celebrations an hour early before midnight by live-composing songs for millions of fans (ARMY) around the world. 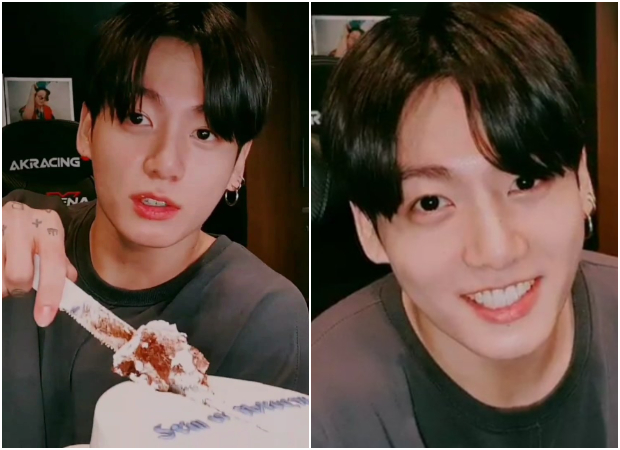 Earlier in the day on August 31, Jungkook took to Weverse to share a selfie and asked the fans to drop in birthday messages. His first message read, “ARMY, you’re doing well right? Everyone, it’s my birthday soon, and so..! If there was something you’d wanted to say to me, please leave it below!” Some were confused, so he went back to clarify what he meant. He wrote, “Everyone, it’s not quite my birthday yet… lol..you guys, you need to understand what I’m trying to say..! hehe...I meant I want you to write anything you’ve ever wanted to say to me, regardless of my birthday in a few sentences 'like lyrics' hehe.” Later, he said he went through the messages which we were healing.

jungkook: everyone.. it’s not quite my birthday yet… ㅋㅋㅋㅋㅋlol
you guys, you need to understand what i’m trying to say..! hehe
i meant i want you to write
anything you’ve ever wanted to say to me, regardless of my birthday
in a few sentences “like lyrics”hehe pic.twitter.com/rcL70qWc7L

I keep reading the replies I feel like I'm healing... ????@BTS_twt pic.twitter.com/AjGOluGy1Y

The Virgo in Jungkook jumped out as he brought out his creative side to the live-streaming app VLive to compose a song by using the adorable messages that were sent to him by fans. Showcasing his talent to millions of ARMYs, he shared not one but three kinds of melodies/instrumentals he had already composed and was harmonising with the lyrics from fans. The song went like, "For every day, I miss you / For every hour, I need you / For every minute, I feel you / For every second, I want you / In the darkness late at night, I lay awake thinking there's no hope in sight / Suddenly in the distance shining like a purple light / You turn around and smile so bright / Reaching out you take my hand and from then / I know everything will be alright / Surely someday, the dark clouds will clear / the rainbow appear, and the sunlight greet me / All your smiles, all your words, all those of yours that make me laugh (ARMY)."

Part 3 (Translation from the Korean):
???? Surely someday, the dark clouds will clear, the rainbow appear, and the sunlight greet me
All your smiles, all your words,
all those of yours that make me laugh (ARMY) ????

But, it's not a Jungkook live broadcast if he doesn't showcase his vocal prowess and does a mini-concert for the fans. He took a step further and went on to celebrate his birthday for two and half hours while singing some of the beautiful BTS songs like ‘Dimple,’ ‘Born Singer,’ ‘Pied Piper,’ ‘Best of Me,’ ‘Autumn Leaves,’ ‘Sea,’ ‘Just One Day,’ ‘Mikrokosmos,’ ‘Love Maze,’ ‘2!3,’ ‘Spring Day,’ the Korean version of ‘Mic Drop’ among many other B-sides songs.

One of the most commented tracks was ‘Paradise (낙원)’ which has one of the fan favorites that BTS hasn't performed in almost 4 years. So, when he did croon the track, it sort of felt like comeback season is here and fans were seen celebrating. Another song 'Heartbeat' from the BTS World soundtrack was sung by him.

Another fun part was at sharp midnight, BTS' rapper J-Hope arrived at Jungkook's studio to wish him and even brought a cake. At the end of the broadcast, the live counter was showing around 20 million people were watching Jungkook. As of now, BTS members RM, Jin, and SUGA have wished him on Twitter and Weverse.

hobi blew out the candles with jungkook this is so devastating???? pic.twitter.com/e9ojnyeyJs

Jungkook-ah, I know you're doing Vlive now.. but it's never ending so i'm posting this and going to sleep, happy birthday to you! @BTS_twt pic.twitter.com/RjhJ8tveV1

ALSO READ: From RUN BTS to 24365 with BLACKPINK and GOT7's Hard Carry, 10 idol reality and variety shows that should be on your must-watch list in 2021