Another day, another BTS content that is absolutely exciting! It's only been a day since the release of the South Korean group's highly anticipated album 'Map Of The Soul: 7' which has already broken several records including 4 million pre-orders, topped iTunes charts in 92 countries, broke a lot of chart records in their home country already. Twenty-four hours and multiple promotional interviews later, they dropped a focused version of their title track 'ON' and it is a work of art, to be honest. 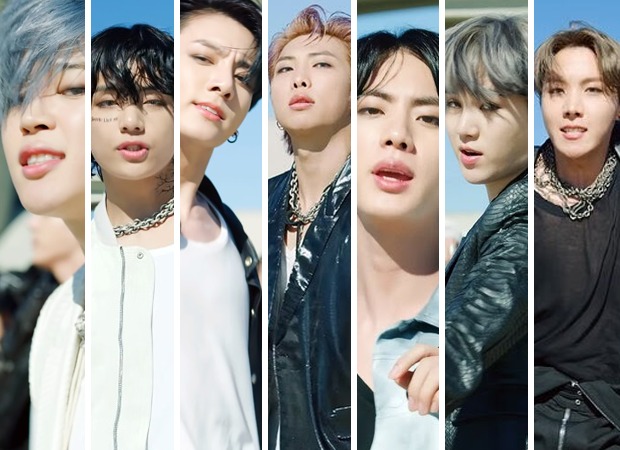 While the 'ON' music video was a Kinetic Manifesto film that showcased their stunning visuals, killer choreography with TheLab dance crew and Blue Devils marching band, the focused version showcases the seven members - RM, Jin, Suga, J-Hope, Jimin, V, and Jungkook. While the music video was visually compelling, this version showcases the intricacy of the dance routine. Every member has given more than 100 % in this version just like the music video. It's always said that they can't top their previous choreographies but they prove everyone wrong. With each era, the routines get harder but they continue to push boundaries with language, genre and the way they present their new sound.

Variety spoke to BTS about their album and Suga spoke about how different was the process of this album was compared to their previous releases. "I think what was different, and what was really fun, was that more of the members participated in this album. Some of the guys who didn’t really participate as much did more and I think that was really significant," the young musician said.

"Many things were not intended as far as our career. We didn’t know we would ever reach this kind of position. Of course, we dreamed, we wanted to get big, we wanted to go as high as we could, but we never expected this kind of energy, this kind of reaction all over the world. One day, we woke up and we were like, “Where are we?” When you don’t know where to go, I think the best way is to walk down the road you have been walking on. So, the reboot [songs] is the best way to reflect ourselves and figure out ourselves again: Where are we? What are we doing? Who were we in the past? And [who are we] right now? That’s how it happened," RM said about the nods given to their past work in 'Map Of The Soul; 7'.

J-Hope further added, "I also want to say “please listen to it” because this album really gave me a chance to really think about myself and I put a lot of it into the music. When you listen to it you will learn a lot about us as well."

The septet also headed to MTV Fresh Out to speak about their album. Speaking about the title track, the youngest member of the group Jungkook said that 'ON' was a spin to their 2013 track 'N.O'. "The name of the track wasn't 'ON' in the beginning, but we came together and we had a meeting trying to decide what we wanted the title track to be and what we wanted to call it. Because this was a reboot, we wanted to take our old song 'N.O' and turn into 'ON,' so I just threw that out, and we really liked it, talked about 'bring the pain on,' and we put that into the lyrics — and that's how we came up with the title track," he revealed.

Interestingly, this album also has solo and sub-unit songs besides the seven-member tracks. "The way we write our solo songs is that we take the emotions that we feel and put them in the lyrics. And we try to put them in the songs," the vocalist V said.

'Map Of The Soul: 7' is out. The septet will begin promotions on music shows from next week onwards in their home country. This will be followed by a world tour which begins in April 2020.

ALSO READ: Troye Sivan is delighted to be a part of BTS’ album Map Of The Soul: 7 with ‘Louder Than Bombs’ track